It was a amazing concert here at the 25th of April 2014. And yes! …Señor Marküsen moved us to dance! Live at ORANGE ’EAR

Description:
Solo proposes a musical trip on hypnotic lowtech beats. Didjeridu and percussions
make the spacecraft, simultaneously conducted by Señor Marküsen as a one-manorchestra,
or better, as a one-man-soundsystem. Inspired by electronic music, yet in an acoustic manner
and through a theatrical mise en scène, he builds solid organic grooves that will definitely
move many to dance … 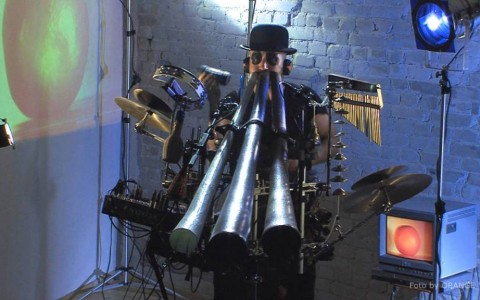 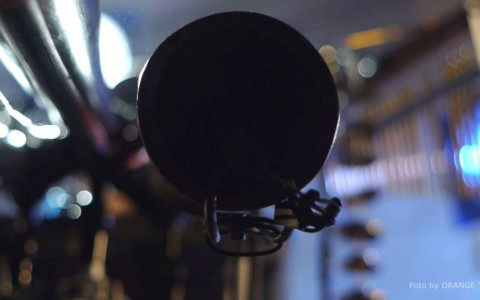 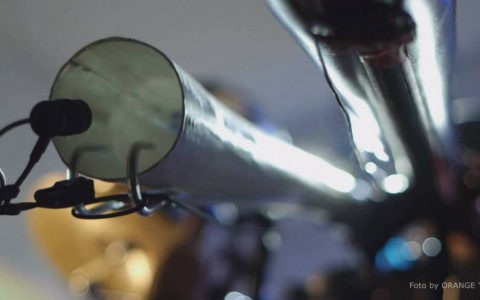 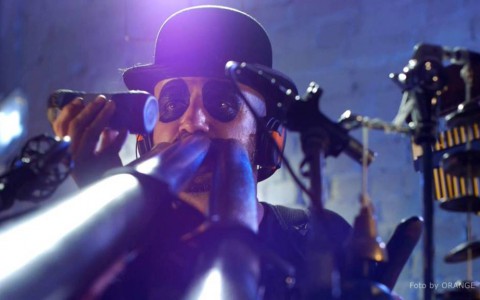 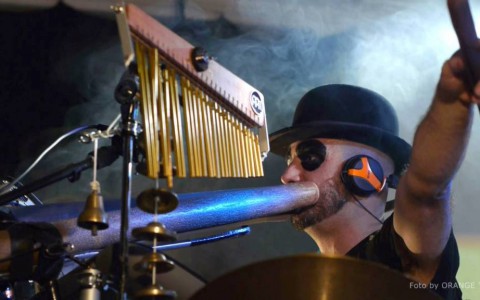 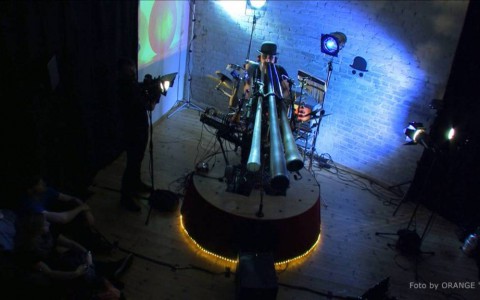 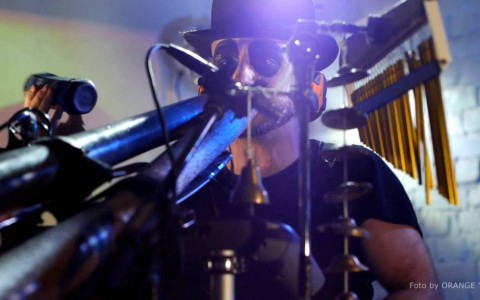 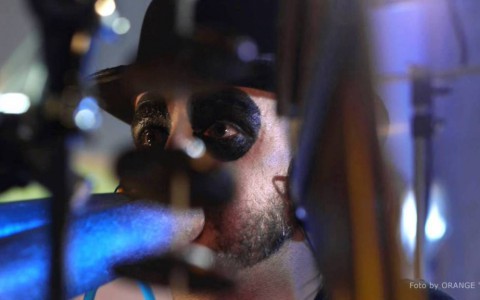 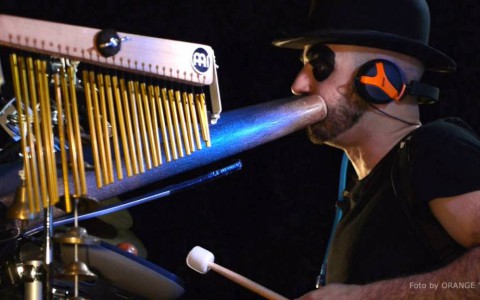 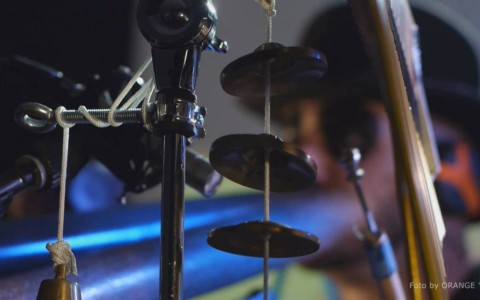 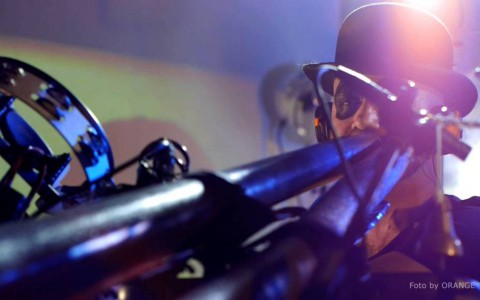 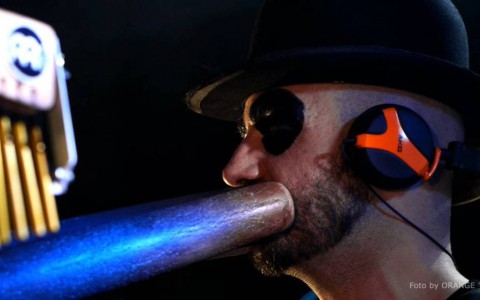 Bio:
Marcos Andreu-Gasol is a musician and architect from Barcelona, currently based in
Berlin. One of Spain’s referential didjeridu players, he has developed an informative
and educational career on the instrument and the culture from which it anciently comes
from, teaching, giving lectures and performing internationally since 2002.
Formerly a member of different bands, in 2010 Marcos starts developing Señor
Marküsen | Solo as a street performance in Barcelona`s Park Güell, where it was
developed for 2 years. However, since 2011 the show takes part at important street
festivals like Aurillac (FR), Ferrara (IT), Tàrrega (ES) or Ludwigsburg (DE), among others,
in electronic music festivals like Fusion (DE), Nachtdigital (DE) or 3000 º (DE), in
didjeridu festivals like Didgin’Oz (IT), Tribal Elek (FR), FATT (PT) or Ibort (ES), in Berlin
venues like Chamäleon, RitterButzke, KlunkerKranich, Keller, FuchsundElster, Brunnen70
or Loophole and others in Ibiza, Cyprus, Amsterdam, Brussels or Barcelona.